Obama’s recent announcement that he was going to commit $8billion of stimulus funds into the rail system is the biggest that we have seen go into that area, and it is something which is really going to help the country bring its rail service up to speed. Speaking of speed, this is the future of rail transport and around the world there are some fascinating high speed networks, and here are the 7 best. 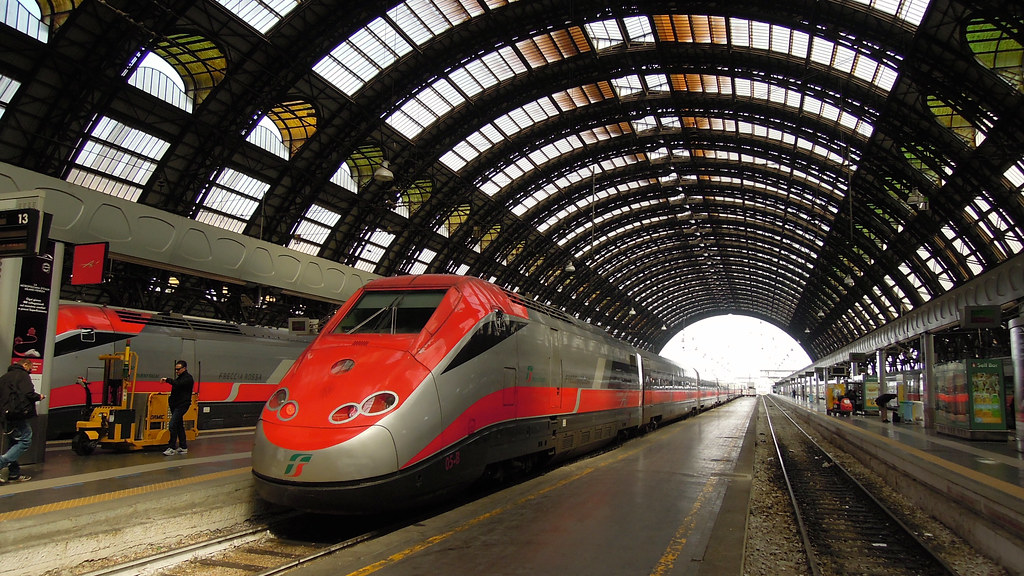 Germany have the ICE train, InterCityExpress, which can be found throughout the country. There are however only 2 rail lines which are capable of speeds of 180mph and above, and they are in Frankfurt and Cologne, as well as between Munich and Nuremberg. These trains are hella fast and they are very well looked after.

Italy are often given the short end of the stick when it comes to our praise of infrastructure endeavors but the truth is that they are much better than most. The rail network here has been expanding slowly but they have some bold plans. Privatized high speed rail lines is something that has already happened and which will make a big difference in coming years. he AGV is a rapid service and has already cut the route from Milan to Bologna by 65 minutes.

Japan were the first to operate high speed rail network and it now covers over 1,500 miles across the country. Overcrowding is a massive issue in the country however and that is why they are in the process of creating a parallel line between Tokyo and Osaka, which will be ready in 2025.

Two years ago the high speed rail service was built and we have already seen air travel and bus services scaled back in a big way such has been the success of the rail line. The country invested over $15 billion into this service and it is really paying off. The trains run at 180mph and has reduced the journey time of the most popular route by 3 hours.

France’s TGV service is probably the best-known brand in high-speed rail because the service, which first opened for the public in 1981, has been consistently reliable, fast, and convenient. Now the network, extending in all directions from Paris, ensures that the vast majority of French citizens have easy access to their capital – which explains why the service attracts 100 million passengers a year.

It’s pretty difficult to believe that China’s first high-speed train began operating last year. By 2020, the Chinese government plans to have constructed 8000 miles of network. Focusing on the country’s heavily populated eastern seaboard, trains will operate at 180 mph and above between Beijing and Shanghai and Hong Kong, and between Xuzhou and Lanzhou and Hangzhou and Changsha.

And finally Spain, the nation which opened its first high speed rail link back in 1992, and which plans to have 10,000 miles of network by 2020. Fast trains and reliable services, not to mention the ambition scaling plans, one of the best in the world.

Highways to Nowhere: The 7 Most Ridiculous ...

Call For Photos, Videos and Descriptions of ...