Most Impressive Infrastructure Projects The US has Ever Seen 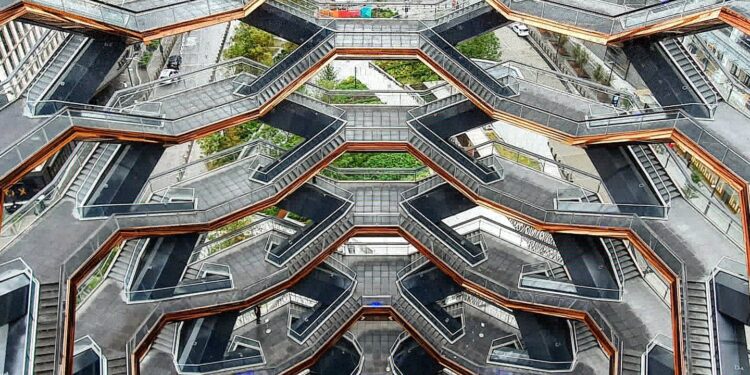 “Megaprojects”, as defined by the Oxford Handbook of Megaproject Management, are any large-scale ventures that cost at least $1 billion or more, taking years to finish and involving multiple stakeholders, and should impact millions of people in the future. Many would think that it should be limited to nationwide energy and public roadway projects, but as of right now, many different business ventures, especially in the United States could fall under such classification. Listed below are some of the largest, most impressive and most expensive public and privately funded American infrastructure projects to date.

Partially inspired by Tokyo’s Roppongi Hills neighborhood, the newest and largest real estate development in the United States plans to create 16 structures among skyscrapers, public gardens and plazas that will connect offices, shopping centers, residential and cultural facilities in West Side Manhattan. This redevelopment project is seen as a model for the “smart cities” of the future, collecting data to manage resources and services efficiently.

Divided in two phases, the entire project is expected to be completed by 2024 at a cost of $25 billion dollars. Companies like Facebook, Wells Fargo, Time Warner and other major businesses intend to move to this development once it finishes.

Some of its impressive structural engineering features, like the “Vessel”, a 16 stories high honeycomb-like structure, and “The Shed”, an intricate-looking culture center, have already opened to visitors after Phase One.

Conceived by the Federal Aid Highway Act of 1956 by President Eisenhower, the IHS is, by far, the largest and most expensive infrastructure project in America’s history.

Connecting all 50 states in more than 47,000 miles of roadway, the project took over 30 years to complete, and approximately one quarter of all vehicles in the States are currently using it every year.

Adjusted to inflation, the entire system construction cost over $530 billion in 2019 dollars. However, over the years it has yielded a 6:1 return ratio in economic productivity, according to the American Highway Users Alliance.

Also known as the “Central Artery/Tunnel Project”, this 1991 megaproject was a major roadway redesign in Boston, MA. The project included a construction of an underground highway, new bridges and road extensions on I-90 and I-93. It took over 16 years to be finished at a cost of $21 billion dollars (2020 adj.), the most expensive single highway project in the US, unfortunately afflicted by accidents, leaks, design flaws and cost overruns, which delayed it by almost nine years.

On the other hand, this project has proven to be very traffic and environmentaly effective, reducing hours of travel by 62%, and lowering Boston’s carbon monoxide levels by 12%, since cars were spending less time in traffic.

The Big Dig used more than 3.8 million cubic yards of concrete and excavated a total of 16 million cubic yards of dirt, of which two-thirds went to New England landfills. The amount of reinforcing steel that was used in the project could make a one-inch steel bar long enough to create a ‘hula hoop’ that goes around the earth at the equator.

This $77 billion mega project intends to connect  the Los Angeles and San Francisco metropolitan areas with a high-speed rail system that should provide a 2 hour and 40 minutes train ride between both cities, which is less than half of the current driving time. In the future, the entire system will go from San Diego to Sacramento, about 500 miles across California.

Starting in 2015, the construction is planned to end in 2033, with initial services starting in 2027. All trains will be electric and capable of travelling at no less than 200 mph, similar to Japan’s Shinkansen and France’s TGV rails. Interestingly, none of those high-speed rail systems have ever experienced a single fatal accident in their operational history, due to advanced onboard security systems and heavy regulation.