Building A Subway Is 96 Percent Cheaper In China 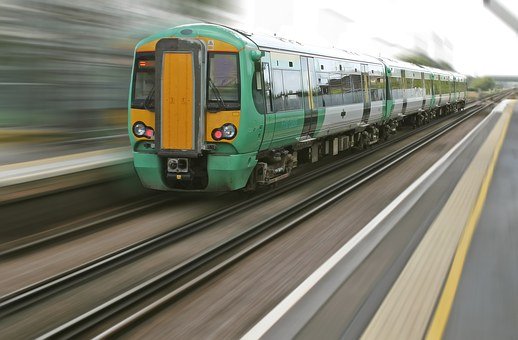 Something which we are often told by our politicians when it comes to the building of infrastructure projects, the average Joe on the street doesn’t understand. We don’t understand how things are designed or  how much things cost. This may be right of course. It doesn’t however, stop us highlighting a need. More importantly, and rightfully, expecting that the government is wise enough to spend stimulus money in the right place.

It is a frustration when we see other nations building freely. Those countries seemingly with all the money in the world. Scratch beneath the surface however, and we can see that the low cost of building elsewhere is a he factor in this. The new subway in the Chinese city of Guangzhou is a perfect example of this. The project is coming in some 96% cheaper than building in the US.

How The Chinese Have Ramped Up Efficiency

This snippet from today’s New York Times article discussing exactly why the Chinese are more efficient and lower cots than any urban infrastructure plans we have in the US.

“Nobody is building like they are,” said Shomik Mehndiratta, a World Bank specialist in urban transport. “The center of construction is really China.”

Western mass transit experts applaud China for investing billions in systems that will put less stress on the environment and on cities. But they warn that other Chinese policies, like allowing real estate developers to build sprawling new suburbs, undermine the benefits of the mass transit boom.

“They wind up better than if they did nothing, but it costs them a fortune,” said Lee Schipper, a specialist at Stanford in urban transport.

Mr. Chan defended Guangzhou’s combination of cars and subways. Saying that the city built a subway line to a new Toyota assembly plant to help employees and suppliers reach it.

Subways have been most competitive in cities like New York that have high prices for parking, and tolls for bridges and tunnels, discouraging car use. Few Chinese cities have been willing to follow suit, other than Shanghai, which charges a fee of several thousand dollars for each license plate.

The Physical Limitations and Overcoming Them

There are of course costs and physical limitations to building this type of project. This was something else which the report was keen to look into. Especially with regards to comparing us to the China and how the two go about their business.

The cost and physical limitations of subways have discouraged most cities from building new ones. For instance, only Tokyo has a subway system that carries more people than its buses. The buses are cheaper and able to serve far more streets but move more slowly, pollute more and contribute to traffic congestion.

There are are many countervaling forces at work. China has passed its own stimulus package and the government is eager to put people to work, create economic activity, and build modern infrastructure. The Guangzhou project is part of major national transit buildout. But the nation’s cities are also sprawling beasts, and in that sense, more suited to cars than trains. Not shockingly, many Chinese prefer the former.

This is a fascinating area of interest. The notion that things just cost too much here is the reason why we have had to outsource so many projects throughout history. Low cost and efficient building is the perfect remedy to our infrastructure woes.

Call For Photos, Videos and Descriptions of ...